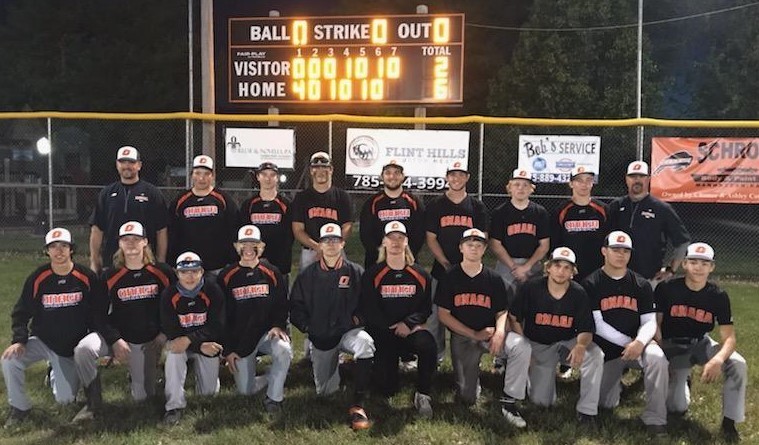 After two players were named to the All-State team on Monday, three more postseason accolades were awarded to Buffalo athletes when the first ever Twin Valley All-League baseball team was made official on Tuesday.  Sophomores Zac Fisher and Colby Simkins were named to the All-State team, and they along with junior Jason Abitz were all three placed on the nine-player All-League team.

These three young men helped lead Onaga to a Twin Valley League championship in the the team's first ever varsity season, putting together great campaigns both at the plate and in the field.  They all three also pitched for the Buffaloes this season, combining for 21 of the 22 starts on the season.

Congratulations to all three of these young athletes.  With every athlete that played this season on both varsity and junior varsity coming back in 2022, the future of Onaga baseball looks bright!  GO BUFFALOES!!!