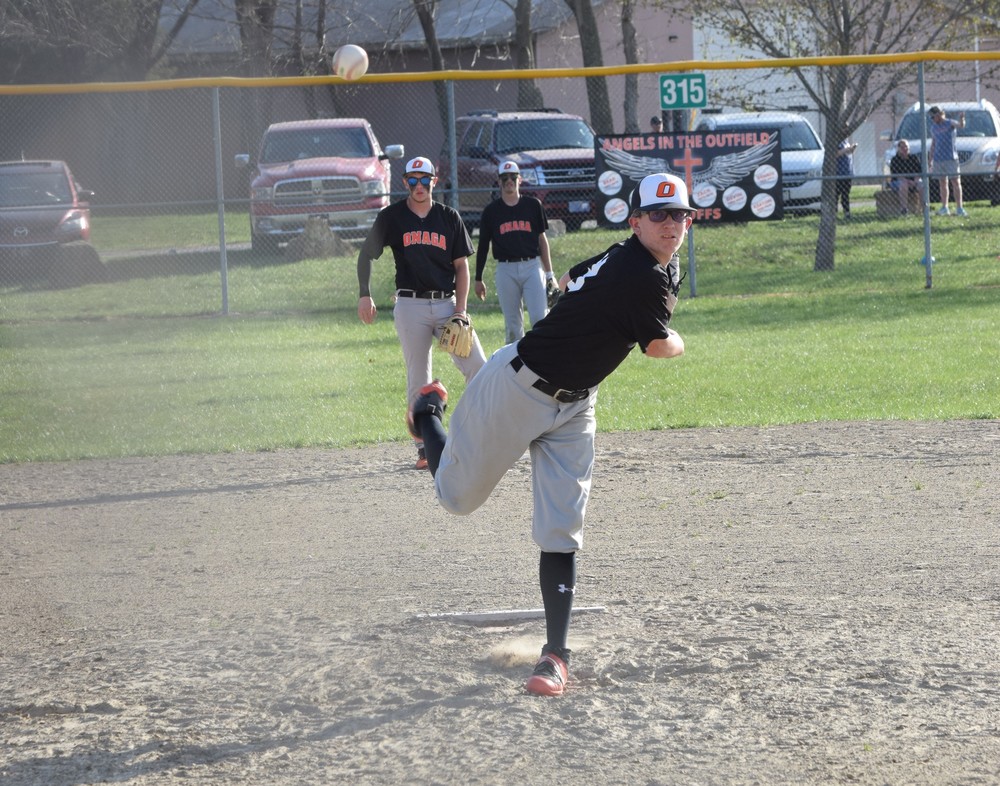 Congratulations to Zac Fisher and Colby Simkins!  In the first season of varsity baseball at Onaga High School, these two young sophomores helped lead the Buffaloes to a great start for the program.  They ended the regular season on a five game winning streak, captured the Twin Valley League championship, won the program's first ever post season game in regional play, and went toe-to-toe with Maur Hill in the semifinals who was the #2 team in the state of Kansas.

For their efforts, yesterday these two young men were named Honorable Mention All-State.  Zac was named to the team as a Shortstop.  He had more homeruns than all the other shortstop nominees combined, was second among all 2-1A shortstops in the state in hits, second in RBIs, second in stolen bases, and fourth in both batting average and runs scored.  Colby was named as a Shortstop/Catcher.  Among all 2-1A shortstops and catchers, Colby was top ten in batting average, hits, runs scored, and stolen bases as the team's leadoff hitter.  He also was one of the best catchers in 2-1A defensively.  With each of these young men having two more years to play, the future looks bright for both them and the baseball program!